Flirting with the World 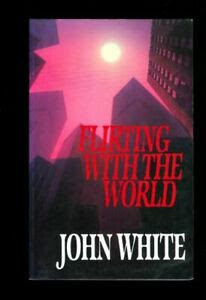 John White's books have appeared multiple times in this blog. This one is non-fiction, a look at some of the ways that Christians can, knowingly or not, flirt with the world, all the while thinking that it's our less mature brothers and sisters who are guilty.

White's preface reveals a bride-to-be who's living with her boyfriend, Mundo (Latin for World), while still bragging about her engagement to her fiance (Christ). After looking at multiple ways in which this ugly triangle has played out - and still does play out - in the church (the bride) for twelve chapters, White ends on a hopeful note with the bride marrying the groom with sobs of repentance - inviting us as individuals, and as churches, to do the same.

Here are some of the warnings along the way:

The points above are summaries of only some of the chapters. The end-of-chapter questions deepen the application of White's insights.

If you believe that John White can point you back toward our true love, Jesus Christ, you can get Flirting with the World here, and here in Canada.