Nicky & Vera: a Quiet Hero of the Holocaust and the Children He Rescued 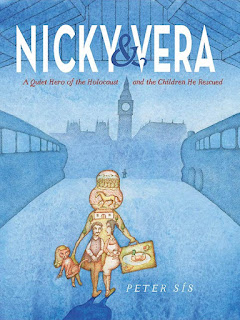 
Nicholas Winston never set out to be a hero but he also knew what needed to be done. When the Germans were taking over Czechoslovakia in chunks, before World War II has officially begun, Jews in the country were trying to get their children out. Winston knew how to get this done, pushing the paperwork, bribing the right people, and arranging for families in England where the children could stay.

He ended up saving 669 children, most, or all of whom, were Jewish, and he didn't have to brave bullets to do it. That is the important lesson of this book: that there are quiet ways to do vital work. It was quiet work, but no less life-saving than what Allied soldiers did fighting to end the Nazi reign.

And in its quiet manner, Winston's is more like the important work we are called to do today – our fights are not in the trenches, but writing our MPs, or making donations to the right organizations. We can, for example, save lives by donating to pregnancy crisis centers, and do so at no risk to ourselves.

Winston was not Christian, so far as I can tell (it doesn't come up in the book) but his example is still one we can benefit from. This would be a great picture book for a school library, to be pulled out and showcased around Remembrance Day each year. 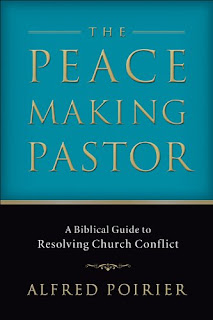 Any officebearer who wants to apply the Biblical peacemaking principles explained in Ken Sande`s The Peacemaker will appreciate the depth of the discussion in The Peacemaking Pastor.
Alfred Poirier approaches the issue of conflict within congregations from a Reformed and Presbyterian perspective. He shows how we are all part of the problem of conflict because of our desperately deceitful hearts (Jeremiah 17:9), and how peacemaking is a basic part of the message of reconciliation between God and His people, and among God`s people.
Finally, he makes clear how proper church discipline should support and promote peacemaking. A book worth study by consistories and anyone who knows how sin breaks down peace, and how our forgiving God is a God of peace.

Posted by Jeff Dykstra at 1:16 PM No comments: