A brain scientist walks into an eye doctor's office and says, "Doc, I'm having this trouble with my vision."

It sounds like the start of a joke, but it's not. This book is the story of Susan Barry, a neuroscientist, who lacks stereovision or depth perception. Cross eyed in early infancy, Susan Barry never learned to see the world in three dimensions. She lived in a flat, two dimensional reality that would be hard for any of us to fathom. As she approached 50, Barry went to an optometrist about other vision problems and the doctor held out the possibility that it might still be possible to learn to see in 3D. 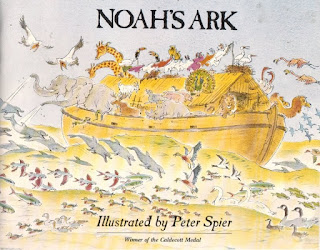 Last month, we saw parallels between C. S. Lewis's Out of the Silent Planet and Gulliver's Travels. Given that Lewis was a professor of English literature, it's not surprising that the second book in his space trilogy Perelandra (Voyage to Venus) also links up to a famous literary work: John Milton's epic poem Paradise Lost.

Perelandra raises the two questions that all Christians think of when reading Genesis 3 or Paradise Lost: How might the fall have been prevented, and why allow temptation into the world in the first place? To explore these questions, Lewis takes Ransom to Venus this time rather than Malacandra, and on a mission rather than in a kidnapping. 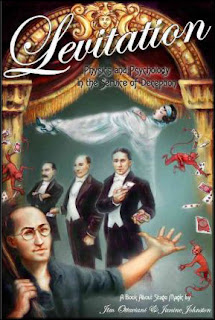 Physics and Psychology in the service of deception
by Jim Ottaviani and Janine Johnston
G.T Labs, 2007, 71 pages

Jim Ottaviani writes graphic novels about scientific topics, including the creation of the first nuclear bomb, and a biography of Neils Bohr. In this, one of his shorter efforts, he stretches to make the connection to science, insisting in his subtitle that this is about physics and psychology. It is, instead, a history of the development of the levitaiton magic trick, as it was refined by John Neville Maskelyne (1839-1917) and Harry Kellar (1849-1922).

So this is chance to not only see how one of the most intriguing magic tricks is done, but to how it was developed. If you have any interest in magic acts or an interest in clever engineering you will find this as fascinating as I did.

I should note that there is one language concern: there are three occurrences of the word "damn." The only other caution I could add is that the magicians used mystic patter in the set-up for their tricks, calling on the spirits for help, or talking about how they learned this secret from a pagan priest in far off lands. This is a minor element, and hardly a persuasive presentation of paganism, but might be a reason not to give this to the very young.

But then this is quite clearly intended for teens and adults, as it is a fairly reading-intense "comic." Overall, just a fun, intriguing read, and I look forward to reading more of Jim Ottaviani's material.

You can pick up Levitation at Amazon.com here and Amazon.ca here.