The Hobbit: an illustrated edition of the fantasy classic 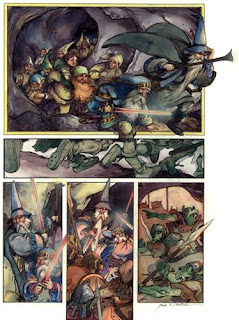 For those unfamiliar with the epic tale, this is the story of Bilbo Baggins, the titular hobbit, and a hobbit is basically human-like, though half the size and with at least twice the hair on their feet. Hobbits are homebodies so Biblo isn't exactly sure how he joined a dwarfish expedition to steal back their treasure from an enormous talking dragon. Small though he might be, Biblo is big in character, and though he doesn't think himself brave, in meeting up with trolls, goblins, giant spiders, and, of course, an even bigger dragon, he ends up doing many a brave thing. It's a good old-fashioned epic tale, with good, eventually, triumphing over evil...but not without paying a price.

That's the original, and the 133 pages of this graphic novel adaptation give this the space to capture it all. And illustrator David Wenzel has given this a classic look for this classic tale - there's a reason that in the 30 years since this first came out, no one has even attempted to improve on it.

Its size and depth mean this isn't for the casual comic fan, but for fantasy fans 14 and up, this will be such a treat! 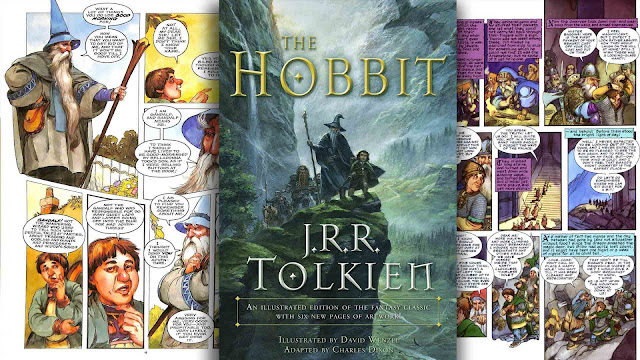 Mis-inflation: the truth about inflation, pricing, and the creation of wealth

by Douglas Wilson and David Bahnsen 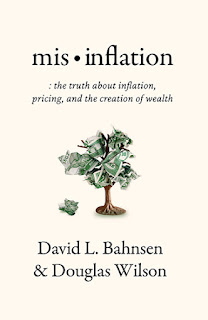 
Over the last ten years hyperinflation has wiped out the Venezuelan currency, reducing it to 1/40 billionth of what it once was, and for years now I've been wondering, aren't we in danger of heading in the same direction? Isn't it just a matter of math that if our governments keep printing more money, that money will be worth less – if they double it, shouldn't each bill end up being worth half as much?

And if that's so, what with Western governments' stimulus handouts, quantitative easing, and COVID emergency spending, why haven't we become Venezuela already?

That's the lead question that Pastor Douglas asks financial manager David Bahnsen in Mis-inflation. It's a series of back-and-forth emails, with Wilson the interviewer, and Bahnsen (son of Reformed presuppositional apologist Greg Bahnsen), giving his best replies. The short answer is, that we probably don't need to worry about Venezuelan-type hyperinflation (and, consequently, don't need to start buying gold), but stagnating like Japan is a real danger.

More important still was a connection made between economic worries and the Parable of the Talents. The unfaithful servant fearfully buried his talent, but we are called, even in economic downturns, to take what God has given us and seek a return on it to His glory.

Now, if economics is not your interest, this will be a tough read - it took me about three chapters to begin to understand what Bahnsen was explaining (though Wilson's questions did help unpack Bahnsen's answers). However, if you are interested, this has some helpful answers that don't seem readily available anywhere else, which makes it worth the effort!

Posted by Jon Dykstra at 5:06 PM No comments:

Only When It’s Dark Can We See the Stars: a father’s journal as his son battles cancer 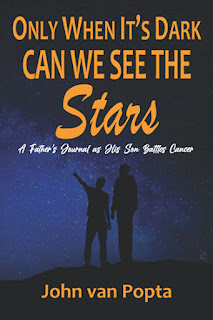 
Why Lord? That’s the question 12-year-old Julian van Popta, his parents, and his siblings had to contend with when this young man was diagnosed with leukemia. Only When It’s Dark Can We See the Stars is an account of the four years that followed, as written by his father, Pastor John van Popta. The chapters are made up of the regular updates Rev. van Popta sent out to friends and family during the rounds of Julian’s treatment.

What’s striking, and what makes this such a valuable read, is the trust the author demonstrates in God, even as the van Poptas struggled with why God would bring such sickness. As the author shares, it is one thing to face cancer as a pastor comforting parishioners, and another thing to do so as a parent seeing their child too weak even to eat. The question Why Lord? is made all the more urgent when, during Julian’s repeated hospital stays, they meet other children also battling cancer, and the van Poptas share in these families’ hopes and their losses – Julian does eventually recover, but many others do not.

While this is a deeply personal account, the struggle to trust God in the face of death is one that we’ll all have to face, and this then is an example of how to struggle well. It is a father writing, but there’s no missing this is also a pastor who wants to feed the sheep with what he knows we need: to understand that my only comfort is that I am not my own but belong with body and soul, both in life and in death, to my faithful Saviour Jesus Christ. That truth, powerfully delivered, makes this not simply a good book, but an important one.