Why is dystopian fiction worth reading? 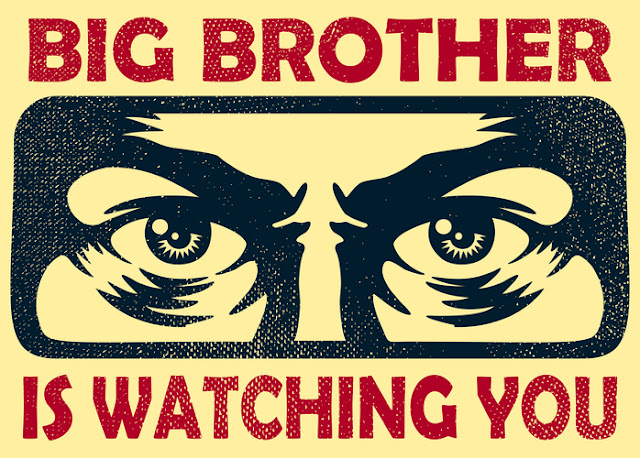 In dystopian fiction we get a glimpse at some sort of looming, foreboding future: maybe it's humans devolving into separate castes (H.G. Wells' Time Machine), mass infertility threatening the end of mankind (P.D. James's The Children of Men), a domineering government repressing all but the elite (Glenn Beck's Agenda 21), or maybe killer robots overrunning the planet (Terminator).

The word dystopia is coined from Ancient Greek and means simply "bad place." What makes this a genre worth considering is because the best dystopian fiction is prophetic in nature, warning us of the dangers of a particular ideology (or practice) by showing us the "bad place" we will end up at if we adopt it. Thus there are as many sorts of dystopian novels as there are ideologies.

But not all of the warnings given are…credible.

The Canadian "classic" novel and current Netflix hit The Handmaids Tale warns of a world in which the government uses the trappings of the Christian religion to sexually enslave women. That is so far from where we are, or could conceivably head, that the book isn’t useful – the author is completely wrong and there are no insights to gain from her. (That hasn't stopped the Left from embracing the novel, pretending that Trump's presidency is its very fulfillment.)

That lack of credible threat is a problem with many of the teen fiction dystopian series (The Maze Runner, Divergent, and The Hunger Games) that have appeared over the last decade. They might be entertaining, but they aren't prophetic. If we look hard enough we might be able to find something, like The Hunger Games and its warning against folks killing and getting killed for the entertainment of the masses. That has relevance in a world in which brutal MMA fights are now watched by millions (including ones in which women pummel women) and the NFL remains must-see TV even though it leaves most participants crippled in one way or another. But does that make The Hunger Games worth reading? No. Most teens aren’t likely to make that connection. More importantly, the books present a dilemma that's likely to confuse its teen audience – the "hero" seems like she will have to either murder others or be murdered herself. Mature Christian will understand that it is better to suffer evil than to commit it, but will younger readers?

So what books do warn of credible threats? The top two would have to be:
These two books cover both sides of how we’re being hit today – the carrot and the stick. As Neil Postman put it:

As Huxley remarked in Brave New World Revisited, the civil libertarians and rationalists who are ever on the alert to oppose tyranny "failed to take into account man's almost infinite appetite for distractions." In 1984, Orwell added, people are controlled by inflicting pain. In Brave New World, they are controlled by inflicting pleasure. In short, Orwell feared that our fear will ruin us. Huxley feared that our desire will ruin us.

The credible threat here isn't from one approach or the other, but from both together.

While both books have sexual content, in 1984 it is brief and boring. A great G-rated 1954 film-version does away with even that. This black and white film, or the book, could be shared with older teens with little worry. But Brave New World, with its focus on the enticements of pleasure, has more sexual content, and while it's still not explicit, it might be something that a hormone-riddled teen boy could struggle with. The rating site Common Sense Media (family-friendly, but not specifically Christian) suggests that 1984 is for 16 and up, and Brave New World would be for 14 and up, but I would reverse those and maybe even hold off Brave New World for college-age and up. (Interestingly, the kid's reviews on Common Sense Media also rates Brave New World as more problematic than 1984).

In the other books, and films, that fill out this genre, the most common threat is probably killer robots (2001: A Space Odyssey; Prey; Terminator; The Matrix; etc.). Technological advances mean there’s a legitimate reason for concern here, but it shouldn’t be our principal concern. We differ from the world in that we understand that we should not fear “them that kill the body, but are not able to kill the soul” (Matt. 10:28). Our true battle is:

What Paul means here by “flesh and blood” is Man and all his deadly weapons…including killer robots. But if that’s not where the real battle is at, then where should we focus our attention? Our concern is the Devil and all the means he uses – including false ideologies and philosophies – to confuse our understanding of God, or pressure us to reject Him, or try to keep us from learning about Him.

With that in mind some credible threats worth considering include:
This is a genre well worth exploring...with care and caution. It's like a big blank canvas that insightful writers can use to paint pictures of futures that they hope – by giving their early warning – may never come to be.
Posted by Jon Dykstra at 12:30 AM

Email ThisBlogThis!Share to TwitterShare to FacebookShare to Pinterest
Labels: dystopian