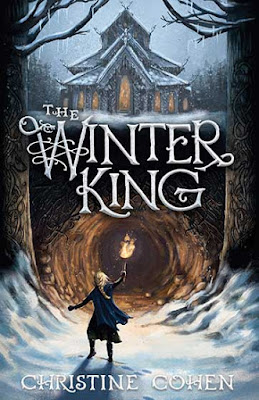 15-year-old Cora lives in a time of horses, and swords, and meat pies. It's also a time of poverty, and bitter winters, and threadbare clothing, and not enough food to make it through to Spring. To make things even worse, ever since Cora’s father was killed, the village has treated her and her family as if they are cursed, and as if that curse is contagious.

But no matter, Cora is resourceful, and she’ll do just about anything to ensure her family lives through the winter. But how does a young girl stand up, by her lonesome, to the village god, the tyrannical Winter King, who is taking their food?

I didn’t know quite what to think of this book in the early stages. While the village other villagers were religious, Cora was not. And she was the hero. So how was this a Christian book, then, if the god in the story seemed to be the bad guy? Well, as Douglas Wilson noted in his own review, this is a very Protestant book in that Cora rejects a false religion in favor of the true one. She rejects the false representation of the Winter King that the village’s religious authorities maintain. But then she uncovers a book that tells a very different story about this King, presenting instead, a God who loves.

Cora is bitter and sometimes manipulative, and so driven to keep her family fed that she does stuff that she should not. There's good reason for her desperation – death is reaching for her whole family – but that it is understandable makes it tricky ground for the younger reader to tread. This is not a heroine in a white hat, and for the pre-teen, or even younger teen reader, used to simpler morality tales, they might not have the discernment skills yet to be able to cheer on a hero whose actions are not always praiseworthy.

I feel like I'm making Cora sound darker than she is. There is surely darkness in her – but there is also a darkness around her that she is fighting, futilely at first. But then hope comes.

From the cover to even the way the pages are laid out, this is a gorgeous book, with a deep and satisfying story. I'd recommend it for 15 and up, but I know adults will find this has real depth to it that they'll enjoy exploring.