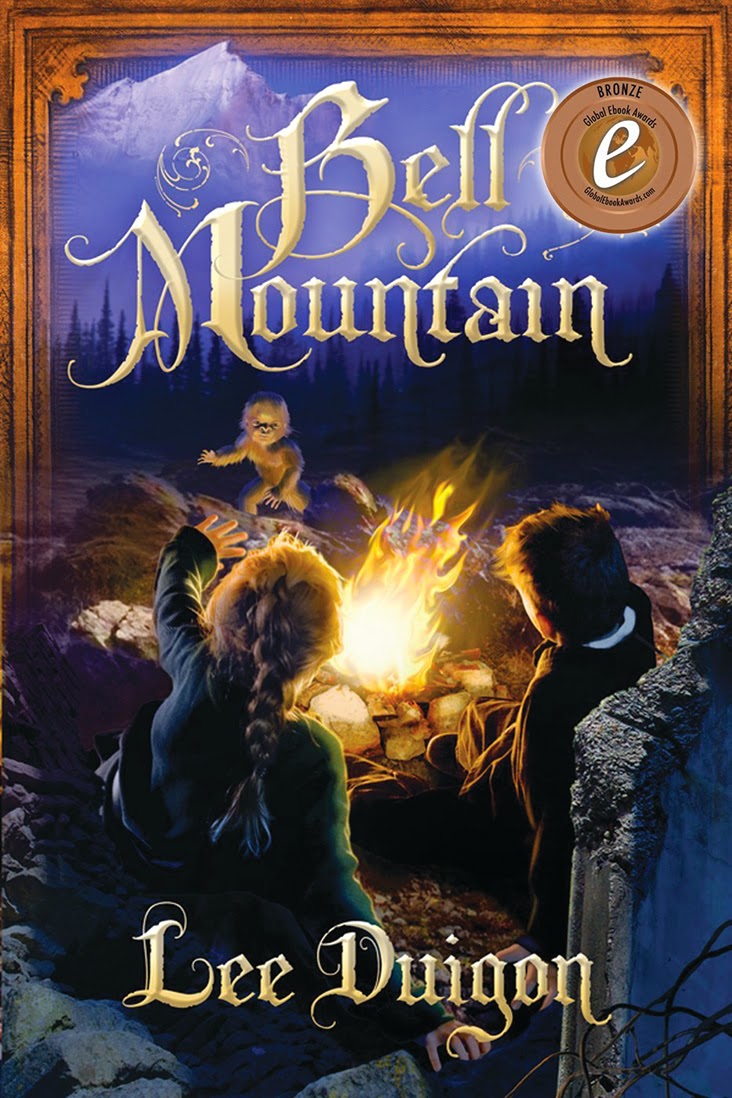 Jack and Ellayne are on a mission from God: they are going to ring the bell that King Ozais built on the top of Bell Mountain. But there are a few things in the way:
It’s quite the mission, and quite the opening for this, the first book in author Lee Duigon six-going-on-seven book series, (with plans for at least eight). The setting seems to be a Medieval one: travel is conducted by horse and oxen, people live in walled cities and villages, and they fight with swords and spears. But when Jack and Ellayne meet a little squirrel-sized chirping man-creature named Wyyt it becomes clear this is not our world. Here Man once had the power to fly through the skies, but no longer – something happened long ago that left behind destroyed cities, and set technology back a thousand years. In this post-apocalyptic world the national “church, or Temple has become so corrupt that no one reads the “Old Books” anymore but instead only the Temple’s interpretation of the Old Books is shared (if this makes you think of the pre-Reformation Roman Catholic Church, I’d agree that the author’s Reformed bonafides are showing). As the author puts it, people have forgotten how to listen to God. They don’t even know how to pray – that’s something the priests do for them. Now God is going to use two little children to rectify the situation.

This is definitely a children’s story. The heroes are children, the tension level is appropriate for ten and up – lots of peril but nothing nightmare inducing – and the plot, while nicely layered is simple enough for children to follow. But, like the Narnia series, there is a depth behind the books that will make them enjoyable for adults as well. And Lee Duigon is simply good at what he does. I knew from the get go this was a quest story, but I was always eager to find out what was going to happen next. I quickly worked my way through all six, and I know I will enjoy reading them again with my daughters in a few years.

The only way to purchase this series in Canada seems to be via the Chalcedon Foundation website store (chalcedon.edu/store). The Chalcedon Foundation is Reformed, as is our readership, but they are also Christian Reconstructionists, which most in our readership are not. It might be worth noting, then, that anyone who objects to Christian Reconstructionism would not find that a reason to object to anything in these books – it doesn’t come up.

Americans can get it on Kindle by clicking here.
Posted by Jon Dykstra at 12:30 AM