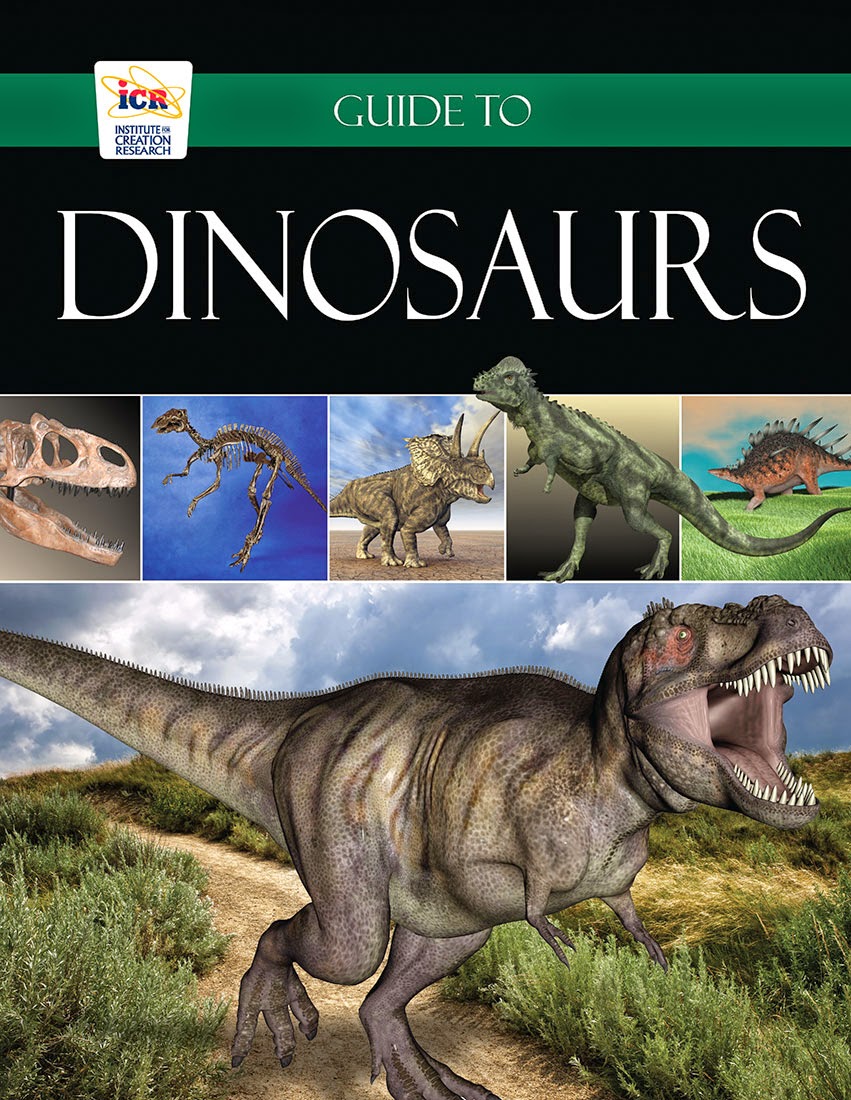 I've reviewed 5 dinosaur books, all of them from a creationist perspective, and all of them fantastic. They have their particular strengths, and this would be the best of the bunch for anyone who wanted to learn it all.

This is the biggest book of the bunch, with the broadest breadth of topics it covers, as well as the greatest degree of depth on specific dinosaur kinds. This is still a layman's book - a beginner's text - but there is an awful lot to explore here.

Some of the topics covered include:

The last half of the book is devoted to two pages spreads on particular dinosaurs or dinosaur suborders. We’re told how big each kind is, how they were discovered, any controversies or creationist insights that might be specific to them.

So if an adult or teen was fascinated by dinosaurs and was going to pick just one book they probably get this one: its large pages offer and treasure chest of information. It is a very good guide produced by the trusted guides at the Institute for Creation Research.

You can get your copy at Amazon.com.