Reading Between the Lines: A Christian Guide to Literature

For the last few months, I have reviewed the "reads" that were "really good" enough to be novels we studied in my high school English courses. Reading Between the Lines is one of the books that I enjoyed reading as a resource for my teaching of English literature. 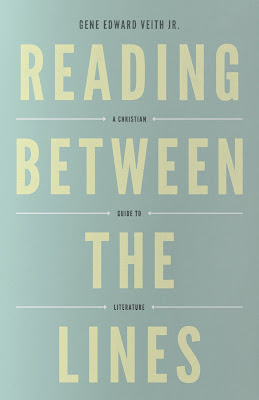 Why? Because it both provides and stimulates insight into what it means to read, and to judge, literature as a Christian. It starts with a chapter on how reading connects us to God through His word, and how our culture values images partly because we no longer want to be people of the Book. The second chapter reminds us that we cannot read uncritically, because although literature gives us vicarious experience, it can also give us the vicarious experience of sin - in other words, stimulating the lust and anger that Christ said were equivalent to the physical sins that they lead to. In this chapter Veith also appeals to Neil Postman's Amusing Ourselves to Death, a book from the 1980s analyzing the television-based values of our culture that could also be applied to the use of the internet today. (More on Neil Postman's book next month!)

The next section deals with the forms of literature: nonfiction - the art of truth-telling; fiction - the art of story-telling; and poetry - the art of singing. For each form, Veith analyzes the elements involved, and profiles several Christian authors who admirably exemplify that form: for instance, C. S. Lewis, John Bunyan, Flannery O'Connor, John Donne, the Bible itself, George Herbert, and T. S. Eliot. Several of these profiles either significantly influenced my own taste, or formed valuable background material for my instruction in English literature.

One of the reviews on amazon.com made it clear that some of the references to Christian authors are a bit dated in a book more than 20 years old, but this book has been one that I've not only thoroughly enjoyed reading, but looked forward to rereading when the occasion called for a refresher of my background knowledge of writing and writers. If you not only want to enjoy great literature but appreciate it, you'll enjoy reading this book as well.