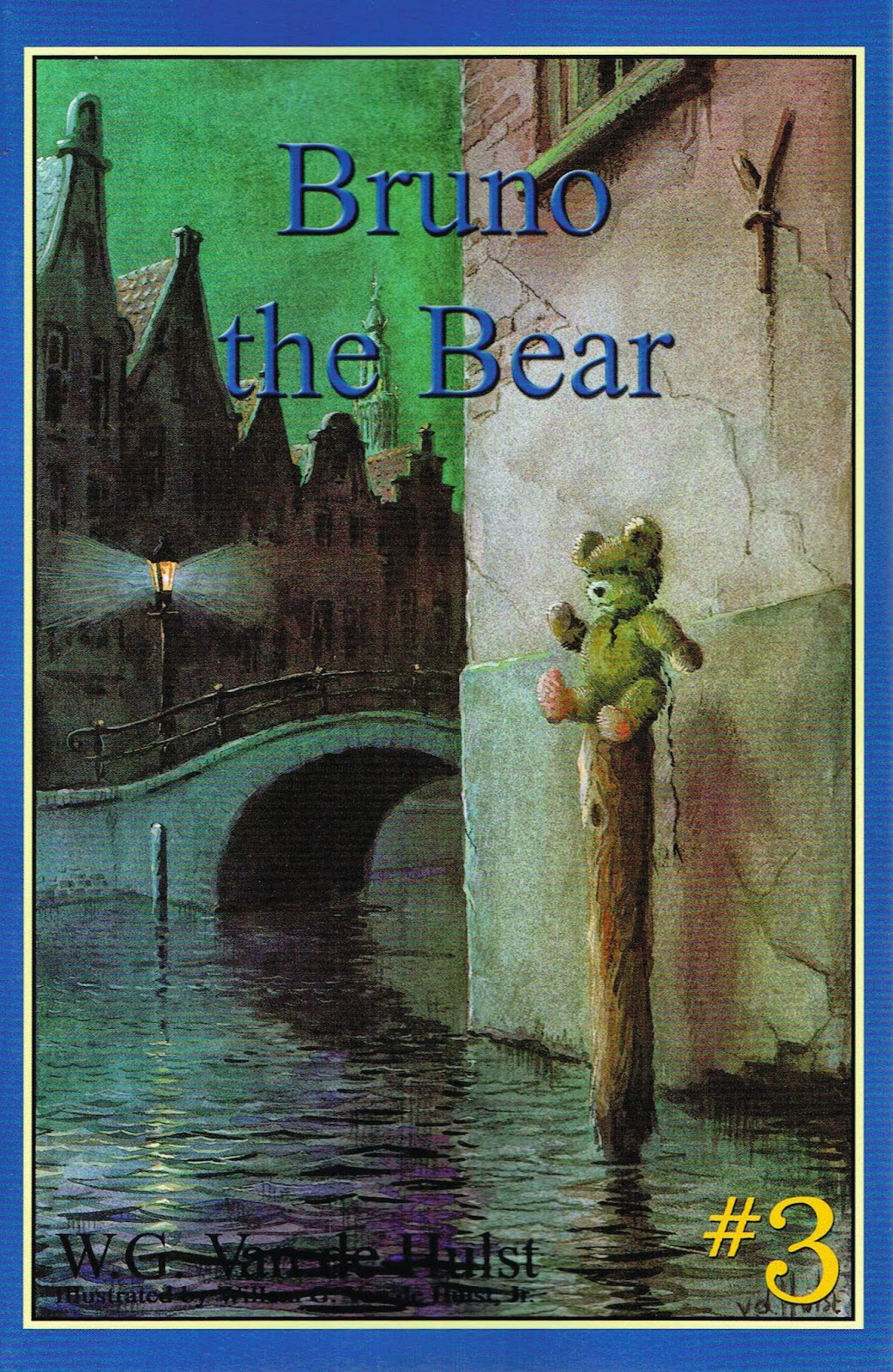 Little Rosie is sick so Mother takes her off to bed. But wait, what about her teddy bear Bruno? The little goof has slipped right out of her tired little hand onto the floor. There he lies, sitting up against the doorpost with his glass eye twinkling, almost winking, as if he had a secret joke. It’s no joke though, when Jimmy and Joe come home from school, and turn their sister’s favorite toy into a puppet on a string. They make Bruno dance and fly, and then - oh no! – they swing him about over the canal outside their window. When Bruno gets hooked on a pole sticking out of the water the string breaks, and then the two naughty boys don’t know what to do. Their sister is crying – she’s sick and wants her teddy. But they don’t dare tell Mother what they did!

Bruno the Bear was originally published in Dutch, and the translators have done a wonderful job – it is a fun book to read out loud. It is also a beautiful book, with more than 25 pictures that are quite helpful in setting the scene. My three-year-old and five-year-old were both able to follow all the way through this pretty long story – I think it might have taken a half hour to finish.

One thing I particularly appreciated was the author’s Christian take on the boys naughtiness. The two boys don’t want to tell Mother or Father, and they don’t. But that night, as they go to bed, we learn that Joe tried to pray, but didn’t dare. And Jimmy “had said it as fast as he could. And that was not really praying. No, Jimmy did not really dare to pray either.” When I asked my girls why the two boys didn’t dare pray, they understood exactly why, and we had a good conversation about what the boys needed to do (which they do indeed do a few pages later).

Bruno is one of 21 Van de Hulst children’s books the publisher sent me, and so far this is our favorite. In some of the other books I’ve had to “mute” some of the action – for example, in The Rockity Rowboat I skipped over a description of just how fierce a big black dog looked – but what might be need a bit of abridgment for a three year old will be great reading for a child in Grade 1 and 2.

So, to sum up, Bruno is well translated, beautifully illustrated, thoroughly Christian, and engaging enough to keep a three-year-old’s attention for half an hour. You can order it, and the other Van de Hulst books, at Inheritance Publications (www.inhpubl.net).