Once upon a Wardrobe 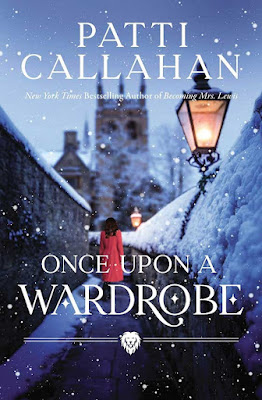 
The year is 1950, and an eight-year-old George Henry Devonshire has finished a book, just published, called The Lion, the Witch, and the Wardrobe. And now he wants to know Where does Narnia come from? George is old enough to know Narnia is not real, and yet at eight, he's somehow already wise enough to know that this story is about something very true. So where did it come from?

Born with a weak heart, the young George has been confined for most of his life to his own room, and, on better days, to the rest of his house. But his older sister Megs loves him fiercely and comes home every weekend from university, so George is sure she'll help him figure this out. Megs, after all, goes to Oxford, where the creator of Narnia teaches. She should just ask him! It turns out though, that Oxford isn't simply one college, but dozens, and Meg is at an entirely different school than where Lewis teaches. She sometimes sees him walking about, but the quiet girl doesn't want to intrude on the great man with bothersome questions. And yet, for her brother, she promises to try.

In the end, Megs doesn't so much manage to introduce herself to Lewis, as Lewis's brother Warnie introduces himself to her... and invites her for tea! What follows is only the first conversation of many. Megs keeps coming back because Lewis and his brother never seem to offer the simple answer that young George is after. Instead of sharing where Narnia came from, the two tell Megs stories about their growing up. Megs isn't into stories the way her brother is – her studies in math and physics don't leave her a lot of time, as she might put it, to waste on fiction – so even as she enjoys her time with the two men, she doesn't understand why they won't give her a more direct answer to relay to young George. Her brother loves the stories she brings home, but he keeps sending her back for more. George is aware, even though his parents and sisters have tried to shelter him from the knowledge, that he does not have long to live on this earth. So there's an insistent edge to his questions: he needs to know where such beauty and truth comes from.

Patti Callahan has married careful research with simply wonderful prose to create a fictionalized biography of both Lewis and his best-known book. I loved this so much I've given it to my mom and my wife, and I can't really give it higher praise than that. If you're looking for the serious sort of biography that tells you what the subject ate for breakfast on his 43rd birthday, you'll need to look elsewhere. But if you enjoy learning a little something from the fiction you read, or if you've ever wanted to know more about the man who gave us Narnia, you won't find a more charming introduction.