A Tale of 61 Biographies

60 People Who Shaped the Church: 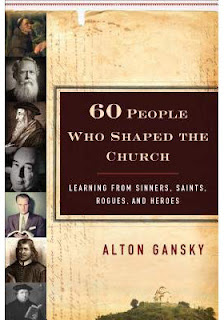 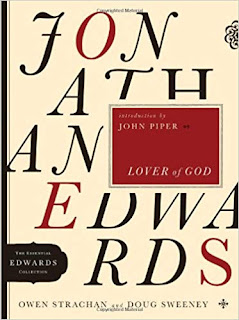 They were the worst of times; they were the best of times. In church history, as in Charles Dickens'  view of the French Revolution in A Tale of Two Cities, those statements could be applied simultaneously to any given era, since the church is both in the middle of fierce spiritual warfare, and yet she has already won in the victory of her Saviour over our sin and guilt. The two books shown in the titles above demonstrate how God uses saints, sinners, rogues, and a lover of God to spread the gospel, glorify Himself, and build up His church - and one of them is especially strong in applying that understanding to God's people today.

Alton Gansky shows us the lives of 60 "people" who shaped the church. The book could be called 60 Men Who Shaped the Church if it were not for the story of Fanny Crosby, the one woman profiled in the book. Her biography, like many of the men's, inspires us with both her attitude - not despairing in spite of being blind from infancy - and her contribution to the Christian church - over 9000 hymns, many still well known. In a collection of stories like this one, we could always name people who should have been dealt with, or quibble with the choice of some that were tackled, but Gansky deals with many figures who had impressive influence on the church.

The main caution that I would urge about Gansky's book is that he treads too lightly where the person discussed had a significant negative effect on the purity, doctrine, or practices of the church. For example, he does not mention the effect of Constantine's making Christianity the official religion of the Roman empire - the influx of many into the church whose profession of faith was likely not genuine. The same problem relates to the introduction of Arminian doctrine or Arminian methods of evangelism into the church. Gansky says nothing about the problems involved with these innovations.

Strachan and Sweeney have the advantage of dealing with a man who is well known for his solidly Reformed writing and preaching: Jonathan Edwards. What makes their biography particularly valuable is the application, at the end of each chapter, of Edwards' insights, virtues, and flaws to our own lives as "lovers of God." Their book is the first of five in The Essential Edwards Collection, and based on this one, the rest of the series promises to show us clearly how this prominent American theologian and preacher is both a source of insight and an example for our lives lived to the glory of God. My only caution would be that in urging our "duty to fight doubt" (as Edwards did), the authors recommend Tim Keller's The Reason for God - a book that indeed addresses many of the reasons for doubt, but also compromises with the theory of evolution. Other than that, this is an excellent introduction to an American whose work and life both have much to teach us.

If you think that you can learn from saints, sinners, and rogues about how God built up His church, you can find Gansky's book here, and here in Canada. And if you think that we can use the example and wisdom of Jonathan Edwards to grow in your love for God, you can find Strachan and Sweeney's book here, and here in Canada.
Posted by Jeff Dykstra at 4:30 AM