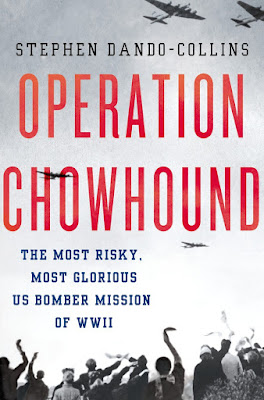 This read was really good enough for me to recommend it to my brother, my high school English classes, and my father. Of course, it helps that Stephen Dando-Collins has caught some of our World War II heritage shortly before my grandparents, their families, and many of their countrymen emigrated from the Netherlands to Canada.

Dando-Collins' account starts with the marriage in the 1930s of a German member of the Nazi party to Princess Wilhemina of the Netherlands. While this book is not written from a Christian perspective, God's providence is clear in the way He uses this unusual ally of a conquered country. Despite his dubious German past, Prince Bernhard turns out to be a faithful friend of his new homeland as it goes through the notorious Hunger Winter brought on by wartime shortages, the cruelty of the German occupiers, and the initial failure of the Allies to liberate the Netherlands in 1944.

Despite Hitler's orders to basically leave the Netherlands underwater, Prince Bernhard negotiated a makeshift truce with the Nazis directly in charge of the occupation of the country to allow bombers from the United States and Britain to drop food for the beleaguered Dutch. To find out just how successful those "bombing" missions were; the risks the bomber crews ran (as some were fired on!); and the part in the saga of such soon-to-be famous people as Ian Fleming, Farley Mowat, and Audrey Hepburn - you will need to read Stephen Dando-Collins' fascinating account yourself.

If you want to learn some of the crucial details of the end of WWII in occupied Holland, you can get Operation Chowhound at Amazon.com here and Amazon.ca here.

RELATED REVIEWS: Others on the Dutch perspective of WWII