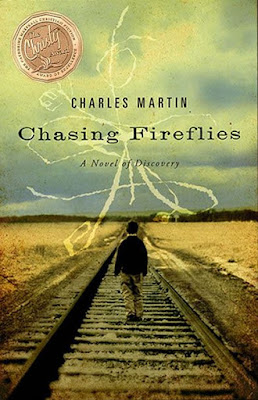 The murder mystery is an old one, and the person trying to solve is Chase Walker, journalist, and formerly a foster kid who bounced around from one house to another. But then he arrived on Unc's doorstep and that's where he stayed. The murder victims are Unc's father and first wife, and while the police think the case is settled, Chase is not so sure.

The adoption-story-times-two involves Chase, adopted by Unc, and a nameless boy who was so badly abused his vocal chords have been damaged, leaving him mute. With Chase all grown up, Unc has space in his heart, and in his home, for another boy in need.

The super-hero of the story is Unc himself, a man so good as to be a bit unreal. That's the story's weakness, but also a lot of its charm. Unc is the father figure that us fathers want to be. He most often knows just the right thing to do or say. Like when Chase, as a boy, believes his father is coming to get him and is disappointed again when it doesn't happen – Unc does what he can to sooth the hurt, using just the right mix of truth and humor.


...Unc walked up next to me and hung his arms across the fence railing. In his hands he held an empty mason jar with holes punched in the lid. He stood there a long time turning the jar. Inside, a single lightning bug fluttered off the sides of the glass. Every five or six seconds, he’d light his lantern. Unc turned the jar in his hand. “Scientists say that these things evolved this way over million of years.” He shook his head. “That’s a bunch of bunk. I don’t think an animal can just all-of-a-sudden decide it wants to make light grow out its butt. What kind of nonsense is that? Animals don’t make light.” He pointed to the stars.” God does that. I don’t know why or how, but I am pretty sure it’s not chance. It’s not some haphazard thing He does in His spare time.”

He looked at me, and his expression changed from one of wonder to seriousness, to absolute conviction. “Chase, I don’t believe in chance.” He held up the jar. “This is not chance, neither are the stars.”

He tapped me gently in the chest. “And neither are you. So, if your mind is telling you that God slipped up and might have made one giant mistake when it comes to you, you remember the firefly’s butt.”

So, maybe Unc is a bit too wise to be realistic, but I was okay with that. This is about fatherhood as we want to practice it, it is about sacrifice the way we should do it, and it is about filling a kid up the way he ought to be.

Another caution would be about the hero's faith. While God is made mention of throughout the book, Unc doesn't attend church, though that is at least in part because he wouldn't be welcome. He also has a seemingly superstitious understanding of baptism, going to extreme lengths to get someone baptized shortly before their death. But those will be minor matters to Christians with discernment.

Chasing Fireflies will likely make you cry, so if you don't like sentimental books, don't start it. On the other hand this is so much better than the average tearjerker because Martin's writing is remarkable. I enjoyed it immensely, and now understand why several of my sister-in-laws have been recommending Charles Martin for years now. I'm sure I'll be checking out another of his titles very soon.