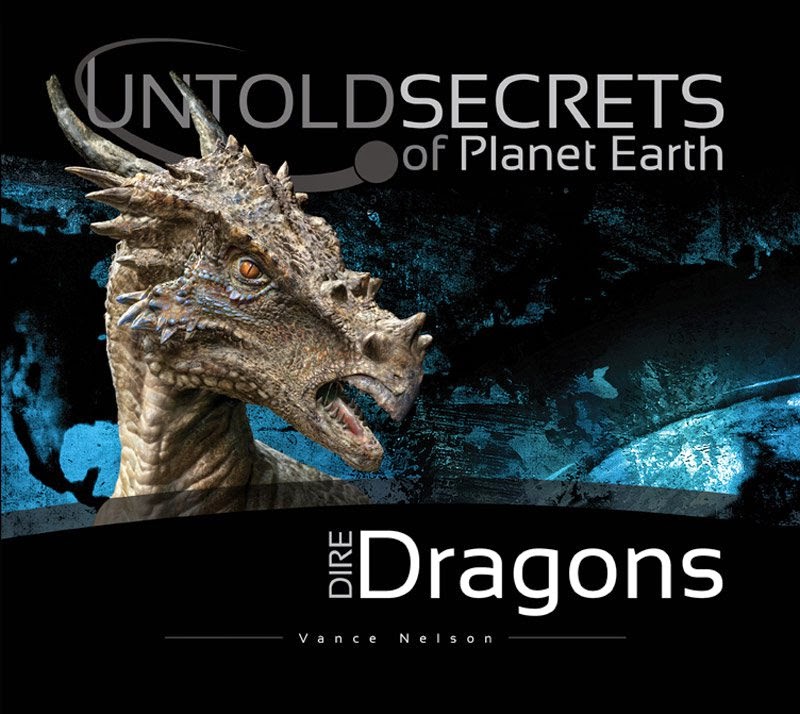 This book is an argument, a response to evolutionary claim that dragons (ie. dinosaurs) died off millions of years ago, long before any humans roamed the earth. Or, as National Geographic put it, "No human being has ever seen a live dinosaur."

Vance Nelson says that just ain't so and he's marshalled the evidence to prove it. In page after page he shares artifacts from country after country. There are sculptures, drawings, etchings, reliefs, paintings, pendants and more, all of which were crafted hundreds of years ago, and yet clearly depict dinosaurs, sometimes with stunning accuracy. If no human has ever seen a dinosaur, then how did these artists get it so right?

Some examples:
Nelson shares dozens and dozens more, some more impressive than others, but all of them contributing to a wealth of evidence showing man did indeed live at the same time as dinosaurs.

I've read articles, and seen a documentary or two on similar subject matter before, so I was pleasantly surprised to learn that, as the author notes, "Most of the evidence presented in this book is 'new'" and hasn't been previously published elsewhere. Another thing I really appreciated was how Nelson was willing to share what the critics said about the evidence he's marshalled. For example, in the first example I listed above - the Utah Sauropod - at least one evolutionist thinks it's just depicting a squirrel. Hmmmm.... I don't think so. But I do appreciate hearing the other side.

From front to back this is a really slick book with beautiful ultra-realistic pictures of a host of different dinosaurs. I first read this with two of my pre-school daughters, and while this was a bit beyond them, these pictures held their attention. We flipped from page to page and my three-year-old kept offering her considered opinion that the dinosaur shown on each new spread was "pretty cool."

That said, the book's target audience is adults and maybe as young as Grade 10 (for younger kids, Grade 7 and up, Dragons: Legends & Lore of Dinosaurs makes a similar argument). It would be of the most interest to anyone who knows that evolutionists don't belief men and dinosaurs lived at the same time. You buy a copy at Amazon.com by by clicking here. .
Posted by Jon Dykstra at 12:30 AM