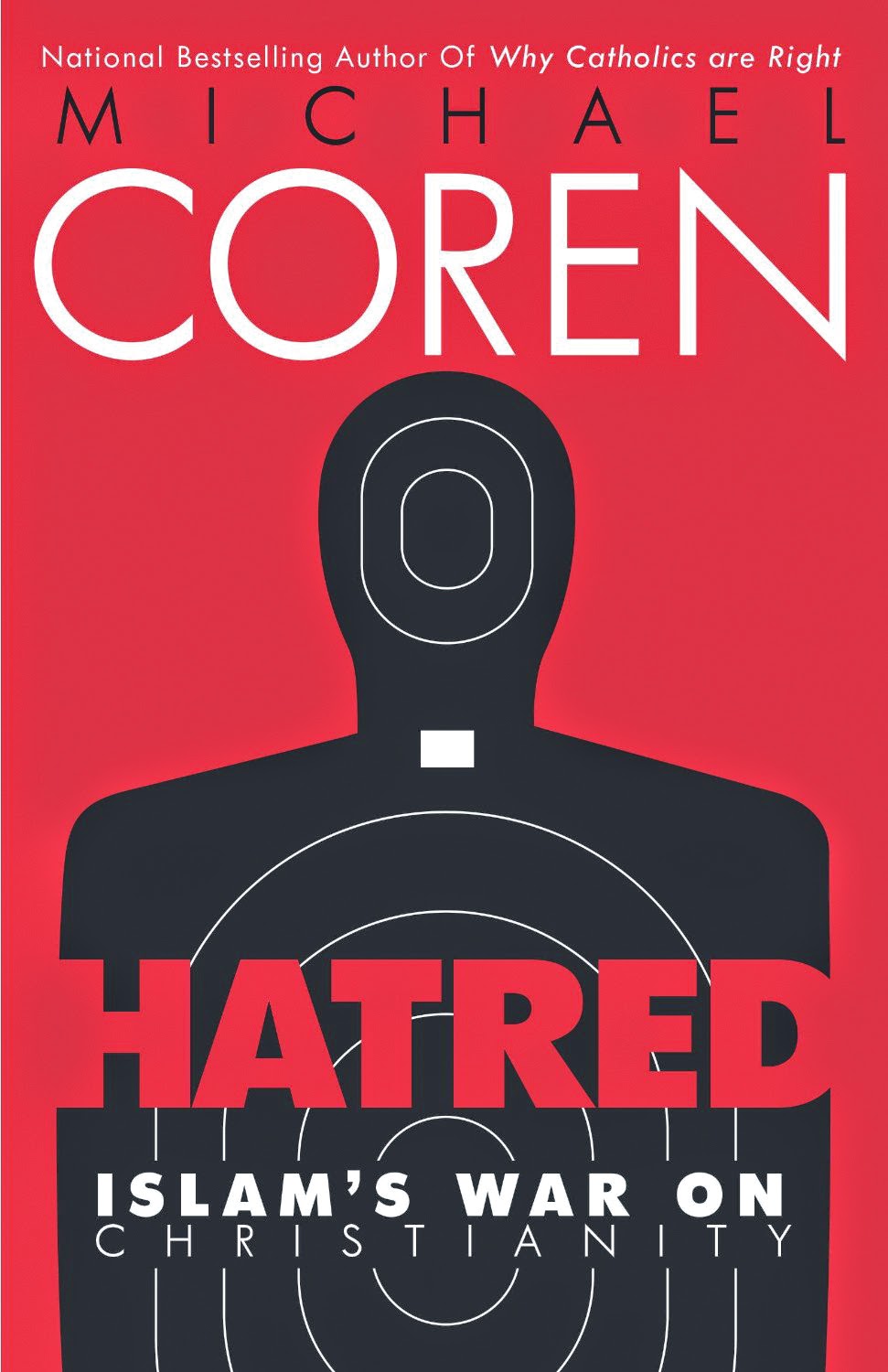 A dozen years ago I wrote an article called “Don’t read a newspaper, read a book.” Today I might swap in “blog” for “newspaper” but my point would remain the same: journalists have deadlines to meet, and word counts to hit, and sometimes mere hours to do their research. So what they deliver is often one-sided, or shallow, or uncertain, or even wrong. If we want depth and research then we need to turn to someone who has taken the time to actually craft a book.

If you want know about how Islam interacts with Christianity around the world, then you need to pick up Michael Coren’s Hatred. Here, in black and white, is a recounting of consistent, constant persecution. Coren devotes individual chapters to different predominantly Muslim countries, including Egypt, Pakistan, Iran, Iraq, Indonesia, and then all of Africa, and finally everywhere else. In chapter after depressing chapter the outcomes are repetitive: wherever Muslims are in power, Christians face persecution, sometimes simply of the social and economic kind, but in many other occasions of the murderous sort.

Coren is a pretty level headed fellow, so it’s doubly valuable to have such a book from him. This is no nutbar, no crazy conservative telling us that:


A victim and a perpetrator cannot meet in some imaginary middle, a person who is being beaten cannot compromise with the person doing the beating. Christian forgiveness is vital in all this but the new equation has to begin with the cessation by Muslims throughout the world of their hateful campaign against innocent Christians.

The repetitious recounting of murder after murder makes this book depressing, but it also makes an irrefutable case that Islam is not a religion of peace (yes, some Muslims are peaceful – many Muslims are peaceful – but the murderous sort are no small fringe minority). If you know anyone who thinks differently you should get them this book. You can buy a copy at Amazon.com by clicking here.