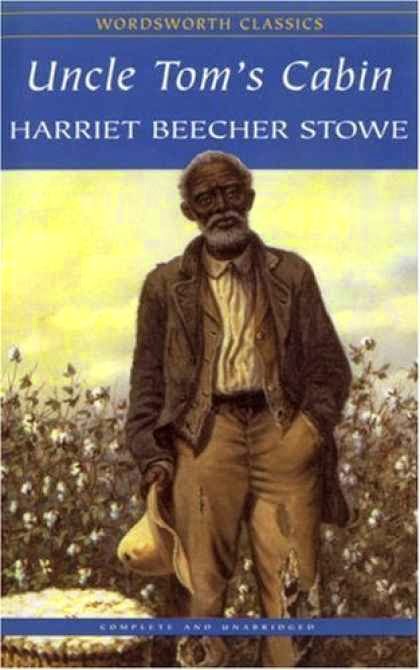 Reputedly, President Abraham Lincoln credited Harriet Beecher Stowe's novel with provoking the sentiments that led up to the Civil War. Whether or not that is true, Uncle Tom's Cabin is a powerful description of not only the cruelty of malevolent and callous slaveowners, but also the evil and suffering brought about by the belief that anyone, even a relatively generous and kindly man, has the right to own anyone else.

Why is slavery so evil even when the slaves are owned by a man who sympathizes with their condition and treats them with kindness? Because when human beings are treated as property, they have no security. This abstract idea is fleshed out in many ways in the novel.

First we learn of Eliza's desperate attempt to flee to Ohio over the floating ice of a river in winter. Why must she seek such perilous escape? Because her owner decides to liquidate his debt by selling some of his assets (human assets!) - including, without Eliza's permission, her son, as well as the old slave of the title, Uncle Tom.

Uncle Tom ends up in the relatively beneficent hands of Augustine St. Clare, a man who treats his slaves with kindness. St. Clare's cousin Miss Ophelia is from the northern States and is horrified by slavery, but even she does not know quite what to do with the most ignorant of St. Clare's slaves, a girl named Topsy. Topsy is so ignorant, both morally and religiously, as a result of her neglect and mistreatment by her previous owners, that she does not have any idea of who God is, or indeed of her own identity and origins, or of the possibility that she could be anything more than an ignorant slave. Miss Ophelia almost gives up on Topsy, just as many slaveowners claimed that slaves were not worth the effort to give any moral or spiritual education to, and then, perversely, used their ignorance as an excuse for dominating them.

This kind of insecurity associated with being a slave is shown even more clearly and brutally in the life of Uncle Tom himself. His earlier conversations with St. Clare's devout daughter Eva have shown that Tom is a Christian, willing to suffer for his faith, but the novel never gives Tom or other slaves the luxury of feeling that "This much I can suffer in peace." Many of St. Clare's slaves are - again! - sold off when he dies suddenly, and Uncle Tom ends up in the cruel hands of Simon Legree. If it were merely a matter of mistreatment, perhaps Tom could simply endure it stoically. Instead, Tom is told to inflict mistreatment on other slaves as their supervisor. When he refuses, he goes through suffering, Christlike, that is intended to break his will.

Some of the review on Amazon.com indicated that readers might find the novel too preachy; however, without giving away the resolution of any of the plotlines I've mentioned, Christian readers will be inspired by how well it shows that indeed, race, nation, gender, and social class do not separate those who are in Christ; and that Christlike suffering, while part of the Christian life, can never separate us from the love of God in Christ Jesus our Lord.

The cheapest edition available on Amazon.com is this one and you can get a free pdf version here.
Posted by Jeff Dykstra at 12:30 AM