The point of this blog is to review great books and this is not one so why am I talking about it here? Because the rest of the world thinks it is a really good read. And because this is such a wildly popular book I thought it important to share why it isn't good at all. Simply put: the writer is talented, but she does not use her talents to praiseworthy ends. So without further delay, the review.

A book about kids killing other kids that is written for the teen market? If that doesn’t grab your attention, then you must not be a parent. 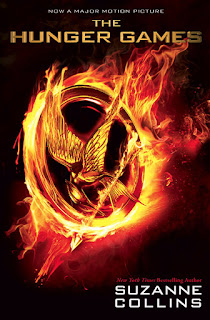 The Hunger Games is the first book in a trilogy by Suzanne Collins that has, since 2008, sold more than 5 million copies. On March 23rd a movie adaptation of the first book hit theatres and made a quarter of a billion dollars in just 10 days. This is the latest big thing in teen fiction. And like Twilight before it, a pivotal element of the plot is causing concern for Christian, and even non-Christian parents: this is a story about kids killing other kids.

Deadly plot does not a bad book make

Sixteen-year-old Katniss Everdeen lives in a post-apocalyptic world where what’s left of the United States has been divided up into 12 Districts, all subservient to “the Capitol.” We learn that there was once a 13th district, but it rebelled, and in the resulting war the Capitol destroyed it. Every year since then, as show of their submission, each of the Districts has had to provide the Capitol with two Tributes, a boy and a girl, to fight to the death in a made-for-TV spectacle reminiscent of the Roman gladiatorial games. Katniss becomes the District 12 female Tribute after she volunteers to take her 12-year-old sister’s place.

Now the setting is grim, but a grim setting does not necessarily a bad book make. After all, “kids killing kids” would serve as a good summary of Lord of the Flies. In William Golding’s classic he makes use of grim plot elements to talk about Man’s depravity, and how even “innocent” children are fully capable of murder (or as the catechism puts it: “we are all conceived and born in sin”). A great writer can use a dark setting to present an important Truth.

Rooting for the anti-hero

However, Collins is no William Golding. Her premise is intriguing – the hero of our story is placed between a rock and a hard place. Since there is only one final winner in these “Hunger Games,” Katniss would seem to have a terrible decision to make: to kill or be killed?

But Katniss never makes that decision. Collins has created a moral dilemma that, on the one hand, drives the action, but on the other, is hidden far enough in the background that it never needs to be resolved. Neither Katniss nor any of the other Tributes ever consider the morality of what they are being told to do. And Collins so arranges the action that Katniss is not put in a situation where she would have to murder someone to win the game – she does kill several in self-defense, but the rest of the Tributes kill each other, and Katniss’s only immoral kill (which the author clearly doesn’t think is immoral) is a “mercy kill” near the end.

This is quite the trick, and it is the means by which Collins maintains tension throughout the book: we’re left wondering right to the end, will she or won’t she? But consider just what we’re wondering: will the “hero” of our story murder children to save her own life, or won’t she? When the plot is summarized that way, it’s readily apparent why Collins never presents the moral dilemma clearly; if it is set out in the open, it isn’t a dilemma at all. It’s wrong to murder. It’s wrong to murder even if we are ordered to. And it’s wrong to murder even to save our own lives. That’s a truth Christians know from Scripture, but one even most of the world can intuit; it is better to be murdered than to become a murderer.

Golding used his grim setting to teach an important Truth. Collins uses her grim setting to the opposite effect, hiding Truth, and obscuring right and wrong. She uses the mush of her relativistic worldview to hide the sinfulness of obeying obscene orders. “You have been chosen to go kill other children for the enjoyment of a viewing audience.” Confronted with such a command Collins’ unquestioning Tributes, Katniss included, bear a striking resemblance to the guards working at the German concentration camps during World War II. They, too, were just following orders.

Many people are reading The Hunger Games and that can be a reason to read a book - to be able to engage in discussions with our children or our friends about it. We can then highlight the novel's central, but obscured moral dilemma, and talk about what God would have us do. But if you are simply looking for entertainment that doesn't require much of you, this is not an edifying read.
Posted by Jon Dykstra at 12:23 AM